The Truth of God and Our Lord Jesus Christ

Special Palestine Cry Blog articles: The Catholic Creed: The meaning of the Pasch of Christians.

JESUS CHRIST IS THE ONLY WAY AND TRUTH AND LIFE - NO ONE COMES TO THE FATHER EXCEPT BY HIM.

For as it was not possible that the man who had once for all been conquered, and who had been destroyed through disobedience, could reform himself, and obtain the prize of victory; and as it was also impossible that he could attain to salvation who had fallen under the power of sin,-the Son effected both these things, being the Word of God, descending from the Father, becoming incarnate, stooping low, even to death, and consummating the arranged plan of our salvation, upon whom [Paul], exhorting us unhesitatingly to believe, again says, "Who shall ascend into heaven? that is, to bring down Christ; or who shall descend into the deep? that is, to liberate Christ again from the dead." Then he continues, "If thou shall confess with thy mouth the Lord Jesus, and shalt believe in thine heart that God hath raised Him from the dead, thou shall be saved." And he renders the reason why the Son of God did these things, saying, "For to this end Christ both lived, and died, and revived, that He might rule over the living and the dead." And again, writing to the Corinthians, he declares, "But we preach Christ Jesus crucified; "and adds, "The cup of blessing which we bless, is it not the communion of the blood of Christ? " - St. Irenaeus, Against Heresies, Book III, Chapter XVIII, Section 2.

Matthew 27:45 Now from the sixth hour, there was darkness over all the earth, until the ninth hour.

Origen tell us this darkness was only in Palestine, and the neighbouring countries: for as to the words, over the whole earth, or over the whole land, we find one kingdom or empire, by a common way of speaking, called the whole earth, or the whole world. As to the cause of the obscuration of the sun; and secondly, as to the extent of its darkness. Origen tells us that the darkness was partial, and confined to Judea and the neighbouring countries, as the darkness of Egypt was only perceived in that country, and not in Gessen, where the children of Israel were. Saint Jerome tells us that the obscurity was caused by the rays of the sun being suddenly withdrawn by divine power, as was the case in Egypt. The darkness in Egypt during the Passover of Moses was due to God's protection withdrawn from that land at that time. The darkness when Christ was Crucified for us is the judgement of God upon His Son Jesus Christ, in our place. For Jesus Christ knew NO sin. He never sinned, nor could He ever.

The meaning of the Pasch of Christians.

The Book of Wisdom, Chapter 17, describes the devils and demons thrown back upon the Egyptians when the Israelites under Moses were brought out of by God for God’s purposes (to prepare a place for the Crucifixion of Our Lord for the Redemption of the whole world of those who are saved). In the same way the same false gods and goddesses that the Egyptians served and which in so doing were the reason the Egyptians sacrificed their sons and daughters to the devils and demons behind the false gods/goddesses were the spirits that killed the Egyptian children that perished when the Israelites were brought out of . God does not murder children, period. The angel of death which destroyed in was one of the fallen spirits. God did not cause any of the fallen spirits to hurt anyone. God allowed the fallen spirits to do what it is their nature do to when He brought the Israelites out of the gates of hell which was . The children below the age of reason that died went to be with God for eternity, they will be resurrected with the just at the Second Coming of Christ. This principle of God allowing the innocent to be afflicted along with guilty finds its ultimate fulfillment in Christ’s singular and only salvific Kenosis. Jesus Christ committed no sin, not ever nor could He, and was and is and only could be utterly and absolutely and completely innocent of any and all wrongdoing and sin by His very nature as the Holy and True God. The guiltless sacrificed by His own will for the guilty. Even when the innocent are afflicted by the actions and evils instigated by the fallen spirits in the world, the innocent are not possessed by those fallen spirits. The principle of all being afflicted by the evil set loose upon the world for its unrepentant sin will occur when the universal plagues are let loose upon the world. See Apocalypse 16 –

And see: The Plagues will be real - Three Looks at the 16th Chapter of the Book of the Revelation

The principle of our always, for our part, protecting children is given us by Our Lord and Saviour Jesus Christ in the Gospel of Matthew, Chapter 18

1 At *that hour the disciples came to Jesus, saying: Who, thinkest thou, is the greater in the kingdom of heaven?

2 *And Jesus calling unto him a little child, set him in the midst of them,

3 And said: Amen I say unto you, *unless you be converted, and become as little children, you shall not enter into the kingdom of heaven.

4 Whosoever therefore shall humble himself as this little child, he is the greater in the kingdom of heaven.

5 And he that shall receive one such little child in my name, receiveth me.

10 Take heed that you despise not one of these little ones: for I say to you, *that their angels in heaven always see the face of my Father who is in heaven.

The principle of our ONLY worshipping the True God, the Father and the Son Jesus Christ and the Holy Spirit is given first in the historical truth of the Garden of Eden when Christ, who is the Tree of Life commands the first man and his wife, Adam and Eve to not have anything to do with the tree of the knowledge of good and evil which is Satan, the first fallen angel, nor with any of the fallen angels with Satan. Assisi of Babylon/Vatican/Rome is absolute and complete violation of that principle and is the Great Apostasy in full blown Satanic evil. Have nothing to do with the or suffer its eternal damnation in hell with it. The devil and demon worshipping pagans and the perfidious deicidal Jews are not ever any part of the Salvific action of Christ upon Golgotha/Calvary. Individual pagans and Jews if they repent of their not confessing Jesus Christ as the Immortal Son of God become flesh for our sake and sacrificed for our salvation and who confess publicly their sin of devil and demon worshipping and perfidy and deicide and who beg the Lord of all, the Lord God, the Father and the Son Jesus Christ and the Holy Spirit for forgiveness of their horrid and abominable sins, can and will be forgiven if they do so now in this life and will enter into the only path of salvation there is as dictated by God Himself. The Church, all the faithful – there is no other meaning acceptable to God for the word Church, is commanded by God to not have anything to do with the Apostasy.

1 For thy judgments, O Lord, are great, and thy words cannot be expressed: therefore undisciplined souls have erred.

2 For while the wicked thought to be able to have dominion over the holy nation, they themselves being fettered with the bonds of darkness, and a long night, shut up in their houses, lay there exiled from the eternal providence.

3 And while they thought to lie hid in their obscure sins, they were scattered under a dark veil of forgetfulness, being horribly afraid and troubled with exceeding great astonishment.

4 For neither did the den that held them, keep them from fear: for noises coming down troubled them, and sad visions appearing to them, affrighted them.

5 And no power of fire could give them light, neither could the bright flames of the stars enlighten that horrible night.

6 But there appeared to them a sudden fire, very dreadful: and being struck with the fear of that face, which was not seen, they thought the things which they saw to be worse:

7 And the delusions of their magic art were put down, and their boasting of wisdom was reproachfully rebuked.

8 For they who promised to drive away fears and troubles from a sick soul, were sick themselves of a fear worthy to be laughed at.

9 For though no terrible thing disturbed them: yet being scared with the passing by of beasts, and hissing of serpents, they died for fear: and denying that they saw the air, which could by no means be avoided.

10 For whereas wickedness is fearful, it beareth witness of its condemnation: for a troubled conscience always forecasteth grievous things.

11 For fear is nothing else but a yielding up of the succours from thought.

12 And while there is less expectation from within, the greater doth it count the ignorance of that cause which bringeth the torment.

13 But they that during that night, in which nothing could be done, and which came upon them from the lowest and deepest hell, slept the same sleep.

14 Were sometimes molested with the fear of monsters, sometimes fainted away, their soul failing them: for a sudden and unlooked for fear was come upon them.

15 Moreover if any of them had fallen down, he was kept shut up in prison without irons.

16 For if any one were a husbandman, or a shepherd, or a labourer in the field, and was suddenly overtaken, he endured a necessity from which he could not fly.

17 For they were all bound together with one chain of darkness. Whether it were a whistling wind, or the melodious voice of birds, among the spreading branches of trees, or a fall of water running down with violence,

18 Or the mighty noise of stones tumbling down, or the running that could not be seen of beasts playing together, or the roaring voice of wild beasts, or a rebounding echo from the highest mountains: these things made them to swoon for fear.

19 For the whole world was enlightened with a clear light, and none were hindered in their labours.

20 But over them only was spread a heavy night, an image of that darkness which was to come upon them. But they were to themselves more grievous than the darkness.


The Promise of His coming. His commands to prepare and be worthy.

Statement of what is happening in the world in connection with the Second Coming of Our Lord and Saviour Jesus Christ.

Nuzul i Isa - Qiyamah, the Parousia of Jesus Christ Our Lord.

Rv:22:7 Behold I come quickly. Blessed is he that keepeth the words of the prophecy of this book.
Posted by SntMartyr at 11:15 PM

Speaking of Jesus Christ, the Messiah - Ephesians 2:4 - For he is our peace who made the two one, and he destroyed the wall that was standing in the middle. - click on picture 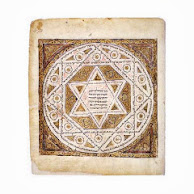